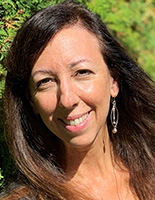 Cathryn Magno is Professor in the Faculty of Letters at the University of Fribourg, Switzerland, where she teaches International Education Policy and related seminars within the Department of Education Sciences. Previously she was Visiting Professor at Teachers College, Columbia University (2014-2016) and Full Professor at Connecticut State University (2002-2014). Her lines of research examine intersections in comparative and international education, educational leadership/governance, gender, and migration. Her publications include two books, New Pythian Voices: Women Building Political Capital in NGOs in the Middle East and Comparative Perspectives on International School Leadership: Policy, Preparation and Practice as well as numerous book chapters, journal articles and policy papers. As a practitioner, she works to advance educational rights globally through consultancies with organizations such as UNICEF, USAID, and the Open Society Institute and serves on editorial/advisory boards for several academic journals and non-governmental organizations. 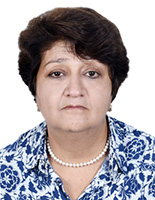 Ulviyya Mikayilova is Assistant Professor at ADA University, Azerbaijan. Her degrees are in Physics (MA, Baku State University), Biology (PhD, Tbilisi State University), Leadership in Early Childhood Education (MA, Moscow School of Social and Economic Studies, Manchester University). Ulviyya Mikayilova worked on early childhood education reform and inclusive education reform in Azerbaijan from 1998 to 2013. She has been involved in consultancy work in Central Asia. She was awarded a Fulbright scholarship in 2006. Her research interests include diverse aspects of education reform in Azerbaijan with special focus on teachers’ professional development and social inclusion of children with disabilities, children from socially disadvantageous families, and other vulnerable children. Previously she was Executive Director of the Center for Innovations in Education (CIE) in Baku, Azerbaijan. 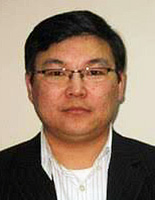 Batjargal Batkhuyag works as an executive director of the Mongolian Education Alliance (MEA), one of the leading NGOs in Mongolia dedicated to improving the quality of education for all children and promoting youth participation. He serves as a Board member of the Network of Education Policy Centers and is a founding member and a board member of the “All for Education” Mongolian National Civil Society Coalition. He was previously Lecturer at Mongolia’s University of the Humanities and his interests lie in promoting and advocating for access, equity and quality education for marginalised groups. 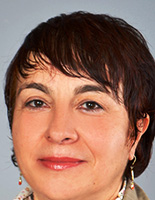 Elmina Kazimzade has been working in the field of education for more than 30 years. She is a graduate of Moscow State University and a psychologist by profession. Her PhD research was related to psychology and multicultural education. Since 1995 she has been managing in international education programs supported by UNICEF, Soros Foundation, World Bank and UNESCO. She was Executive Director of the Center for Innovations in Education for over a decade and is now Associate Professor at Baku State University. She has participated in many comparative education research projects and published several articles and chapters in distinguished education journals and books on Eurasian education. 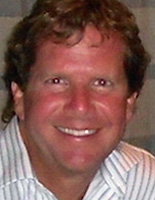 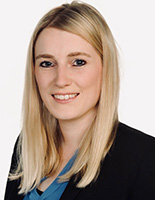 Anna Becker is a PhD candidate and research assistant in the Department of Education Sciences at the University of Fribourg, Switzerland, where she oversees student internships and teaches a seminar within a practical module in the BA program. Her degrees are in education with a specialization in linguistics (M.Ed.) and foreign language teaching and cultural studies (M.A.) from the University of Mainz, Germany. She received her teaching diploma for upper secondary school at the University of Fribourg, Switzerland. Her lines of research focus on educational linguistics, multilingualism in schools, migration and inequity. 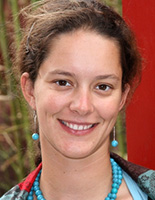 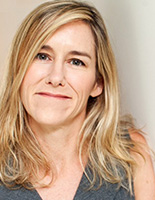 Christine McKenna is an online editor, multimedia producer and new media instructor. She is an instructor at Lehman College, CUNY, the CUNY Graduate School of Journalism and the Columbia Graduate School of Journalism. She has produced documentary and news sites for Time magazine, PBS, the Discovery Channel, WNYC and The Wall Street Journal. She co-founded an online production company and posted digital stories from Asia, Africa, the Middle East and South America. In addition to her journalistic experience, Christine has worked as an investigator for death row inmates, developed health modules for UNICEF, and taught an online storytelling course at the University of Barcelona. Christine holds a bachelor’s degree in Rhetoric from the University of California, Berkeley, and a masters from Columbia. 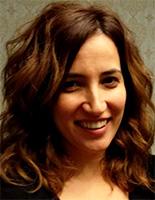 Sabina Aghayeva is a holder of the British Government’s Chevening Scholarship Award. She studied MA in Educational Leadership and Management at Warwick University, UK. She teaches at Khazar University, coordinates non-formal education projects, and provides consultancy in the field of education. Sabina voluntarily participates in developing initiatives to address bullying issues at schools. Her main research interests are in organizational culture, distributive leadership style, and inequalities in education. 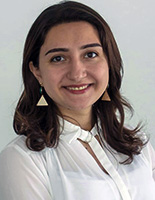 Mehin Cebrayilova is currently the Executive Director of the Social Innovation Lab. With three years of experience in social entrepreneurship, she runs a social business called Horizon Education Agency. This agency aims to add value to human capital development in Azerbaijan in different forms such as supporting the professional development of students, achieving the highest standards of university-industry relations and preparing young professionals for the current market. She also runs the project FemaLeaders, funded by the US Embassy Azerbaijan, which supports girls’ self-actualization. She is currently pursuing a Masters degree at ADA University in Education Management. 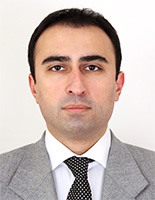